As the Denver metro area continues to grow, so does the need for upgraded infrastructure such as roads and bridges. The growing population exponentially increases the amount of vehicle, rail, and light-rail traffic throughout the city and its surrounding areas. The Central Park Blvd. Bridge Expansion project was an effort to address these issues in this busy section of the city.

Multiple obstacles needed to be overcome during the bridge expansion, as the project not only impacted local vehicle traffic but the bridge spanned live railroad and Denver RTD (light-rail) tracks. Public safety concerns required that the project be done at night, between the hours of 9:00 PM and 4:30 AM, to minimize local disruption and maximize safety.

With the largest of the beams clocking in at 164 ft. and 172,817 lbs., extreme care and precision was required throughout the four nights of work. To safely span the tracks and set the multiple beams, the Winslow Crane team developed a customized lift plan utilizing their 500-ton Liebherr LTM 1400-7.1 and 275-ton Link-Belt ATC-3275 all-terrain cranes. 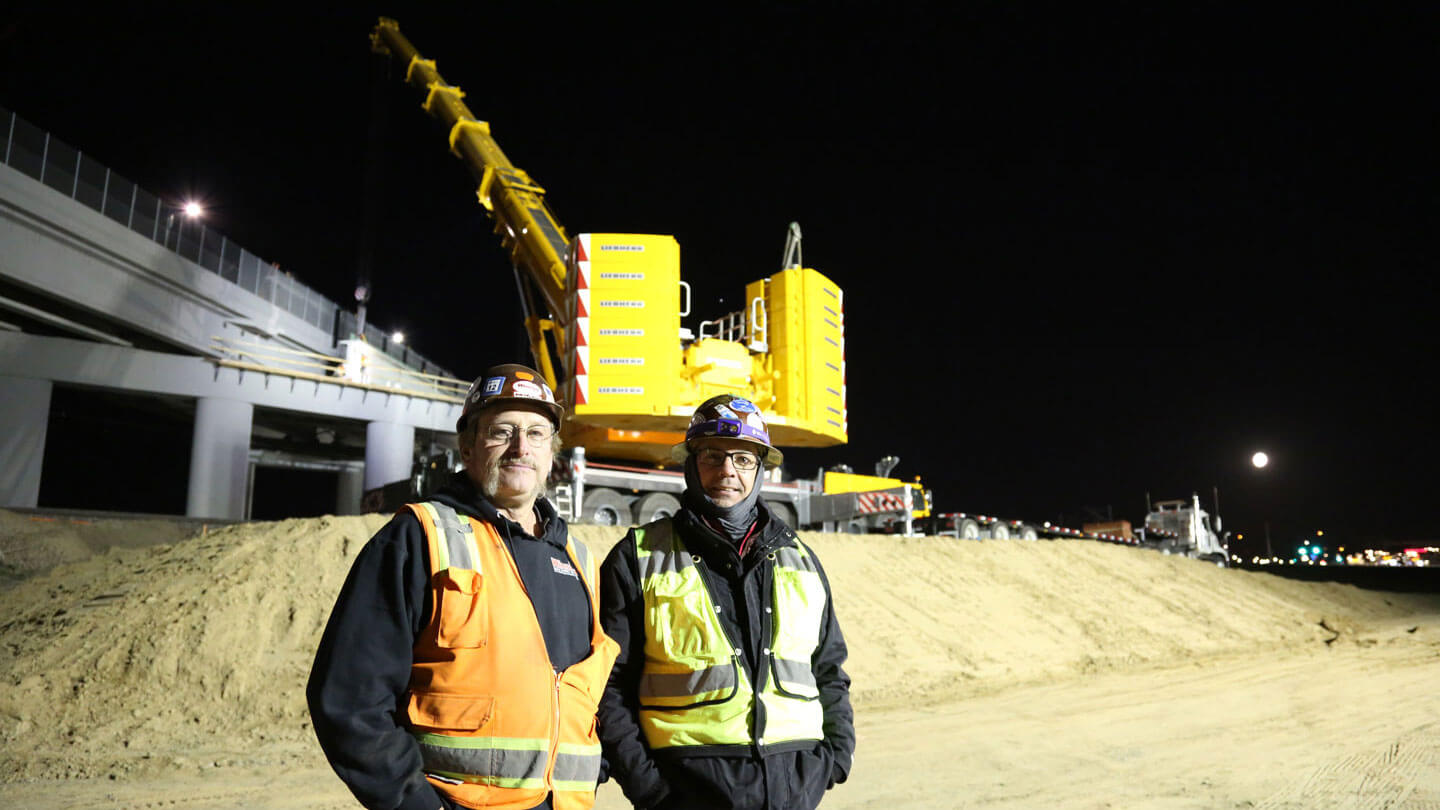 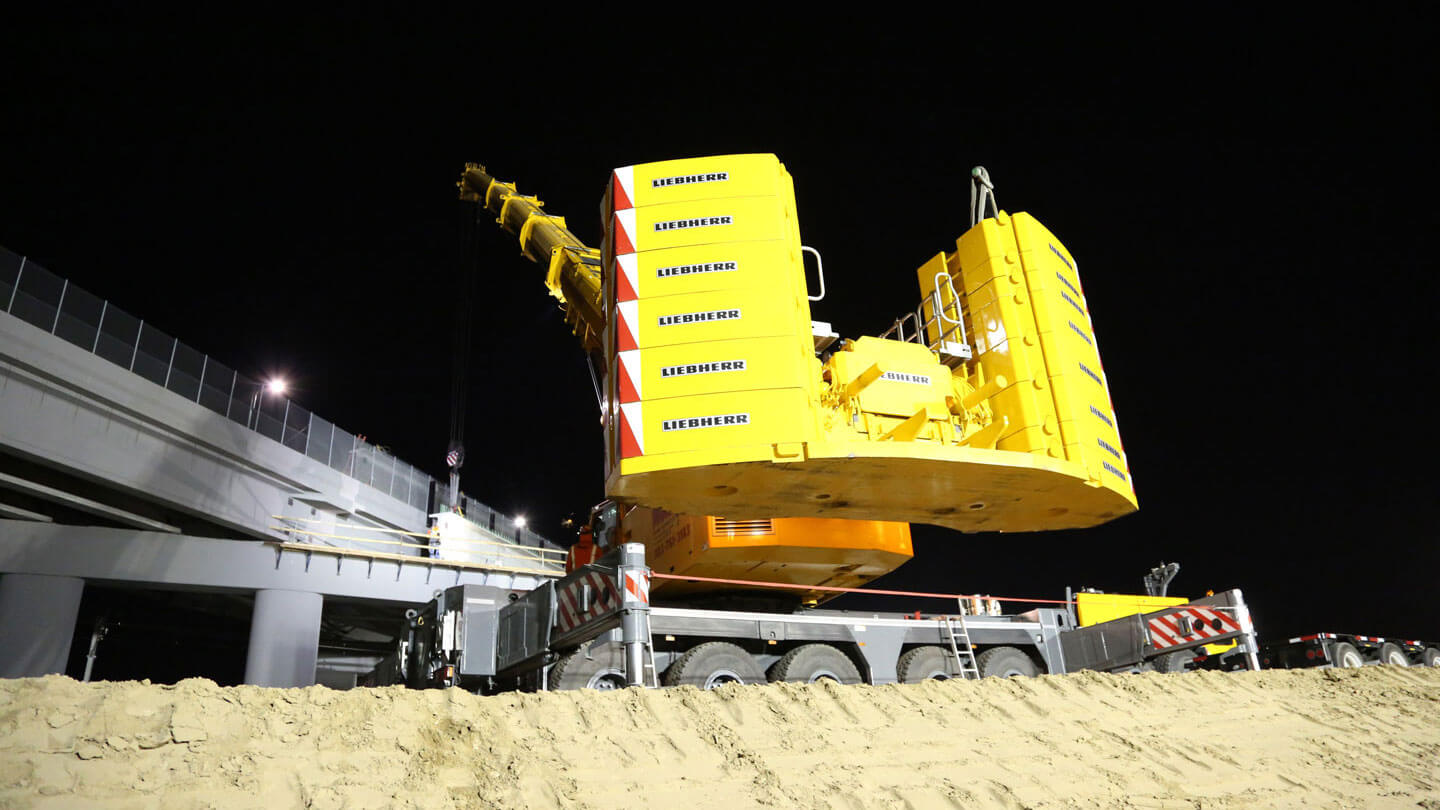 All members of the Central Park Blvd. Bridge Expansion project team worked closely together with the city, railroad employees, and local light-rail employees to get the project done safely and efficiently while maintaining rail and traffic flow in this busy section of Denver. 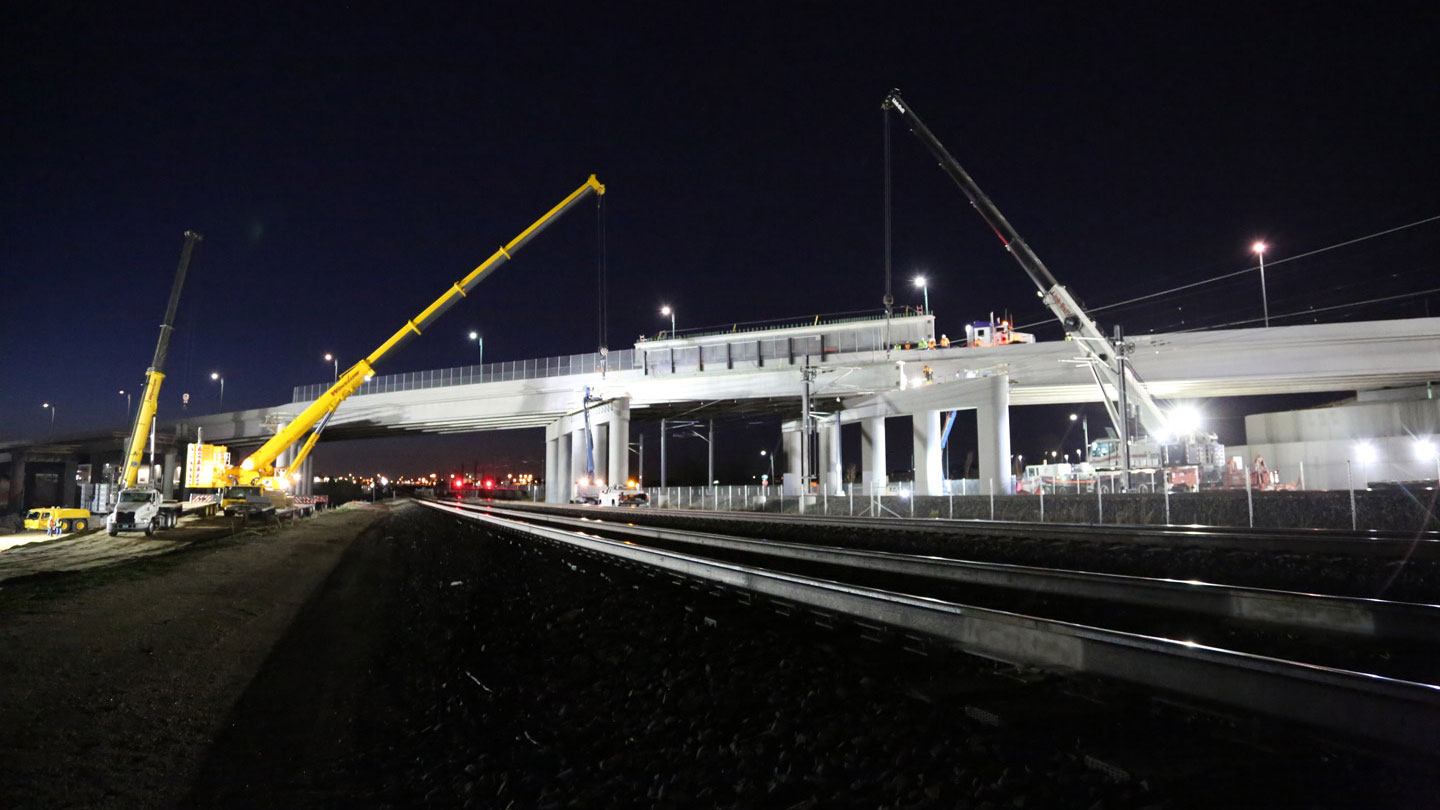